One Fleurieu over the Tern's rest: cycle touring south of Adelaide

From Adelaide the Fleurieu peninsula stretches down to Cape Jervis and Kangaroo Island. From a cycle touring point of view, it looked enticing: off road cycle routes from central Adelaide to the coast and down to McLaren Vale; then a relatively quiet main road through to the ferry terminal at Cape Jervis for the jump to Kangaroo Island.

The morning after getting back from the Melrose road trip, I headed out along the Linear Park, the strip of parkland and cycling/walking tracks along the Torrens river leading out to the coast. This involved heading in the opposite direction to where I wanted to go, but cycle touring isn't necessarily about efficiency, and it looked a better option than navigating the South Adelaide suburbs. Some remarkably Pukeko like wood hens browsed by the river. Near the coast, the river was bordered by fields supporting grazing horses.
A couple of pelican sculptures announced the sea, and the start of the coastal trail, and I headed down the beaches to Glenelg. At Marino Rocks I picked up the Coast to Vines Trail, a generally off road rail trail leading thorough to the vineyard centre of McLaren Vale - sort of Adelaide's Martinborough - and on to Willunga. The Coast to Vines was generally easy to follow, except for a central section where motorway construction had created some poorly marked temporary detours. In many places it's following an old railway line, and the country railway stations have been reestablished as shelters along the route.

It was late enough by the time I approached McLaren Vale to see kangaroo families browsing the farmland in the dusk; but fortunately was able to make a cabin at the campground before it was completely dark. After locating a hose I was finally able to remove the bulk of the Mawson Trail mud, then headed into town for a meal.

Next morning I headed out early, following the final section of the Coast to Vines trail (here re-branded as the Shiraz trail) through to Willunga.

A fine bacon and eggs breakfast and good WiFi delayed progress so it was relatively late morning by the time I got onto the main road heading south. As well as a few well appointed cafes, Willunga has a church apparently dedicated to the trail
Although bearing the title of "Main South Road", the B23 had good shoulders and light traffic, climbing up to skirt the Myponga reservoir before dropping down through the country town of Yankalilla, hitting the coast for a while, then climbing up to Delamere with a view of the Starfish Hill windfarm, and a sunset run down to Cape Jervis and the waiting ferry to Penneshaw.

Folding the Tern and putting it in the baggage van saved me buying a bike ticket. Being mid-week and off season everyone on the boat seemed to know everyone else, and were comparing notes on their trip up to the big smoke of Adelaide.

In Penneshaw a short climb up the hill lead to a heat pump warmed room at Kangaroo Island Backpackers, and a stroll along the main drag to the Penneshaw pub for bangers and mash.

Unfortunately time was running out, and I realised that exploring Kangaroo Island by bike needed at least a week rather than the day I had left; so I settled for a ride along the shore past a curious Greek temple like structure sheltering  a reproduction of a rock carved by French explorers in 1803.
When the road curved inland I parked the bike and headed up Ironstone Hill, site of a farm belonging to an early settler, Harry Bates. Before the arrival  of threshing machinery, Harry processed his grain on a circular threshing platform, now looking like a druidic circle on the summit of the hill.
Kangaroo Island is relatively pest free, and a haven for wildlife. Out to sea, a couple of dolphin worked their way down the coast, and in the scrub, shy wallabies peered out nervously as I passed. Despite the island's name, I failed to see any kangaroos.
Next morning I was back on the ferry, and the connecting bus to Adelaide, covering a couple of days cycle touring in a few hours. The Peninsula had turned out to be a satisfying cycle touring area - a good rail trail south from Adelaide, relatively quiet roads in the south, and lots of potential if I manage to make it back to Kangaroo Island - who knows, I might even see a Kangaroo! 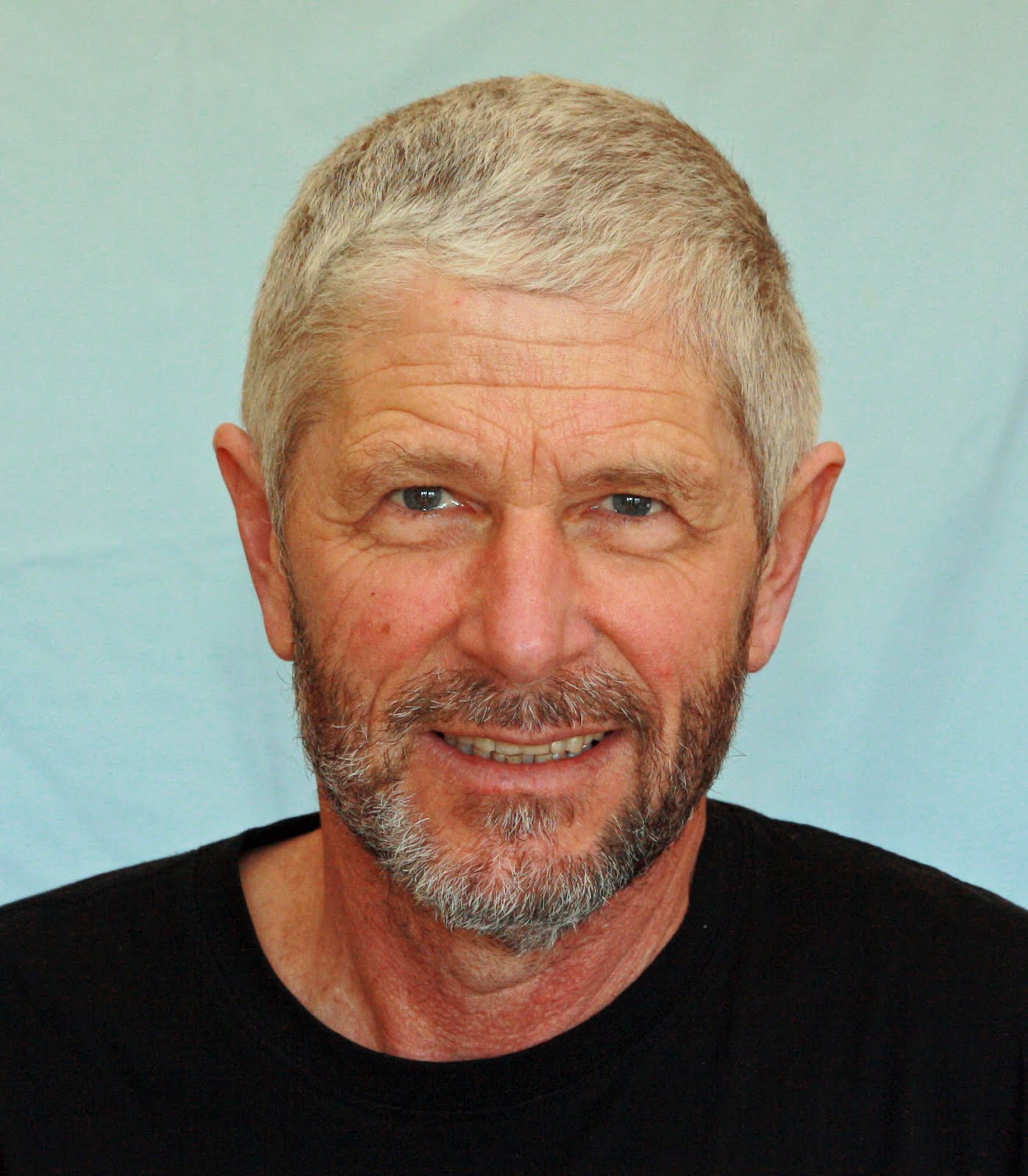